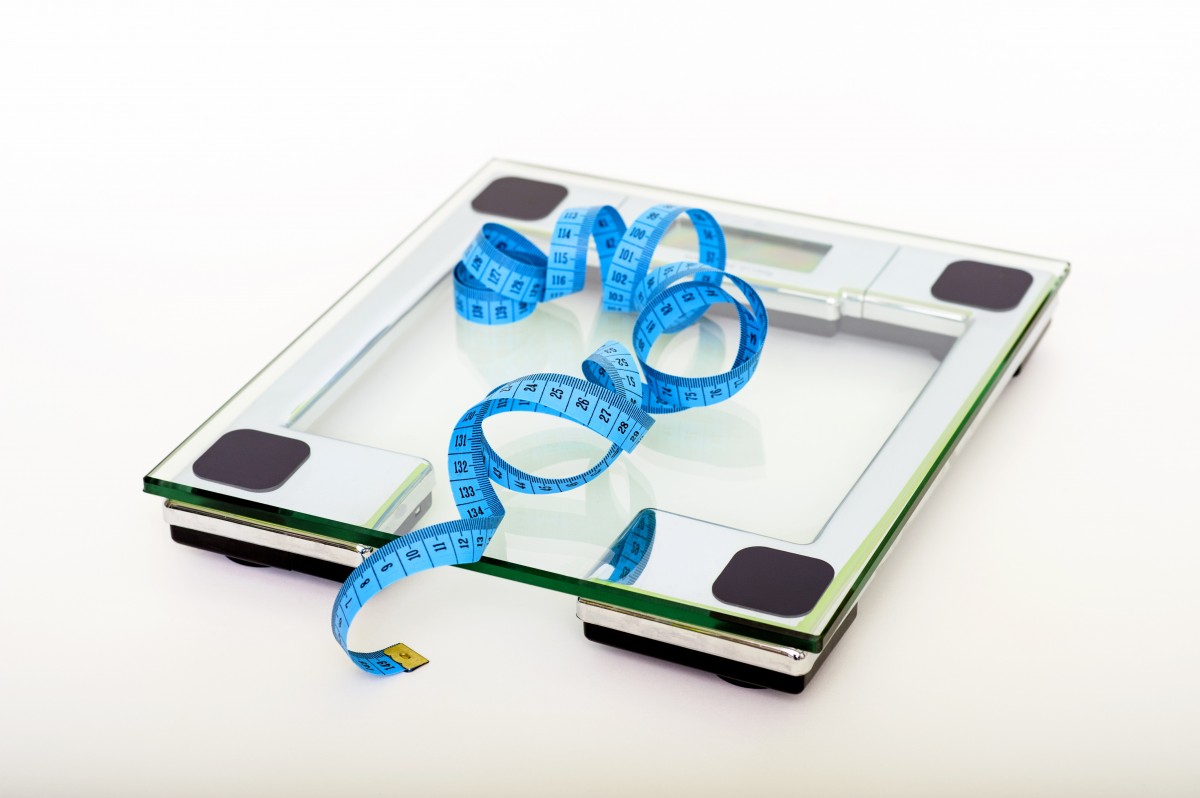 I had a discouraging appointment.  I met with the dietician again after a month of doing the new way of eating.

I was excited for the appointment because I was sure I had lost a lot of weight.  I was eating so much less than before, and was satisfied.  I was meticulously tracking my calories and was consuming only 1,000 to 1,250 per day. I was so sure I was making incredible progress.

Then I stepped on the scales.

Six pounds, not in a week, but in an entire month of dieting!  Six measly pounds lost after all of that effort.

It did not seem real.  I had eaten so little.  I had been so faithful.  I had worked so hard and had such high hopes.

The dietician tried to console me.  It was good progress, she said.  Don’t be discouraged, she said.  But it didn’t help.  My hopes had been so high, and I was so sure I had lost at least 20 pounds after a month of eating so little food.

She said my body was resisting fat-burning for some reason.  Maybe I was eating too little.  Maybe it was because my prolactin levels were so high.  There was just no way to know for sure.

The attempt at consolation did not help, but the advice she gave next was very interesting.

She said that they had been looking into something new (new to them), and that at least one person in the office was doing it and having good success.  She said that I might consider trying something called “intermittent fasting.”

The idea piqued my interest.

I had heard of it before.  I have a friend in another state who had used the technique to lose over 100 pounds, and had kept it off.  At the time, I wrote it off as just another fad diet, but now my interest had been captured.

My dietician explained how it works.  She said that when you eat something, it triggers an insulin response which tries to store carbohydrates as fat and to resist burning fat.  This response can last several hours.  In some people, the response can be stronger, making it harder to burn fat and lose weight.

The idea of intermittent fasting is to get around that insulin response by waiting for it to diminish.  This is done by not eating anything for at least 16 hours a day.  This forces the body into a fat burning mode.  Then you eat your normal diet (still being careful with the foods you choose) for eight hours.

The sixteen hour fast includes your sleeping time, so it is not as hard as you might think.  You can still drink, as long as the drink is not something that might trigger an insulin response.  That means water, black coffee, and unsweetened tea are fine.  Some sources I found even said you could add a little cream to your coffee, but I drink mine black anyway.

She said that “diet” drinks — drinks which are artificially sweetened — should be avoided during this time because the jury is still out regarding whether artificial sweeteners can trick your body into having an insulin response and causing it to store fat instead of burning it.

During the eight-hour feeding portion of the day, you do not count calories but instead focus on making good food choices and controlling portion sizes.

The type of intermittent fast she recommended to me was what is referred to as the 16:8 fast.  Sixteen hours of fasting and eight hours of feeding time.  I chose the most common fasting schedule: fasting from 8:00 PM until noon the next day, then eating allowed from noon to 8:00 PM.  There is also a 5:2 version where you eat normally for five days out of the week, then fast for two days.

I started my intermittent fasting program that very night.  I won’t know for a bit how successful it is (I will be sure to report here), but I can share my observations so far.

Observation #1:  Starting out, this is one of the hardest diets I have ever done.  For the first time in weeks I felt hunger.  After the first two daily cycles, it began to get better and the hunger subsided.  So, if you try this technique, be aware that you may need to just push through the first 2-3 days.  It does become easier.

Observation #2: It is really difficult to eat a lot of food during the eight-hour allowable feeding time.  After the last few weeks, my appetite had diminished a lot and I have not been able to eat as much food at a time.  I get filled up really fast.  Looking over me calorie intake (I know, I’m not supposed to be concerned with that), I see that I struggle to consume 1,000-1,100 calories during eight hours when choosing the right kinds of foods (low carb, high protein).  This may be part of the reason that people lose weight using intermittent fasting.

I have high hopes for this method.  It makes sense, and if my body is indeed resisting fat-burning, this will force it into doing what it should.

PS: I finally have a pair of scales that go high enough to weigh me.  I’ll be doing weekly weigh-ins, so I will be able to see if this technique is working before I go back for another appointment.  I will let you know.

Published in Featured Articles, My Journey and Tools